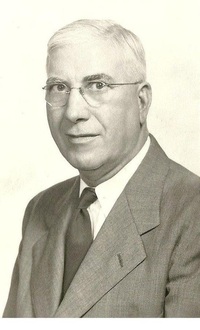 In 1980, King’s Furniture expanded the store on Main Street to include an adjacent building built and owned by D.A. Piper. It had been a Ford dealership and garage, a Montgomery Ward store, and then later a Pamida discount store.

Clyde King and his wife, Mina, had three children, Martha, John, and Richard. All three children worked in the furniture business while growing up in the 1930’s and 40’s. After serving in the Army and Navy during WWII, John and Richard returned to Olney and entered the furniture business with their father. They owned and operated King’s Furniture until they retired; Richard in 1989, and John in 2002.